How to quickly earn gold and silver on Lost Ark?

Here we explain how to get gold and money quickly in Lost Ark. Gold is the most important resource in the game since it allows you to progress your characters. While it is possible to buy gold via the in-game store, we only offer methods that can be done in-game without paying. It is thus essential to learn the best way to earn Lost Ark gold. 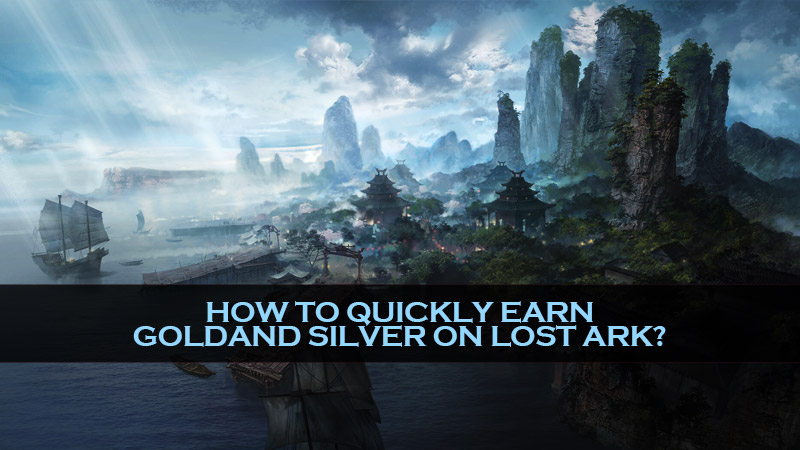 The main sources of gold and silver:

Via the main story and side quests of Lost Ark

Throughout the leveling phase and the main story, you will have the possibility of obtaining money and gold by completing the various quests. While you're recommended to stick to the main quests to advance faster, it's also possible to earn more gold by completing side quests.

In addition, exploring and looting as much as possible will always bring you more resources and items, but it is not always profitable to do so. So getting to a high level as quickly as possible will allow you to unlock content that earns a lot more gold in a lot less time.

Note, however, that quests past level 50 will yield the most gold and money, especially those displayed in yellow or purple. It is also possible to carry out quests with several characters, for example, once the transfer of knowledge has been carried out.

Earn gold via reputations and islands

Whether through secondary quests, your adventures on the different islands, or even through reputation, a good part of the high-level content will allow you to obtain gold. However, this content is usually achievable only once per character. Again, if it is possible to embark on a meticulous cleaning of the content on each of your alts, this technique will not be profitable to earn gold on Lost Ark quickly.

Una's tasks, the best way to get gold and silver in Lost Ark

Thus, the best source to get money and gold quickly, safely, and regularly are to complete your Una tasks as often as possible. If these daily and weekly quests are limited by character, you can do them with your different alts (your secondary characters, you're rerolling). This is also the main interest of the latter and the reason why it is important to mount one or more quickly.

Suppose you get money directly related to the task carried out. You can also exchange your rewards (Tokens of Una) against bags containing gold randomly: generally, an amount of gold but sometimes additional objects to be exchanged for gold.

Earn gold and silver via the Chaos Dungeon

The Chaos Dungeon is a daily activity that you can do twice per day per character. It is one of the contents you will unlock first after reaching level 50. If initially, it will be mainly used for you to get your first loots and thus increase your iLvL, it will also become a regular source of silver and gold.

You will first need to improve your equipment a little to progress further in the content of the Chaos Dungeon. From the moment you go up in difficulty, you will have the chance to regularly see colored portals appear after having eliminated the second-level boss. The yellow and purple portals will include opponents who, if won, will reward you with gold. Note that the higher the difficulty of the Dungeon, the higher the sums of gold.

Earn money via the Cube

Another source of income similar to the Chaos Dungeon is the Cube. The Cube is unlocked with a quest that activates when you collect your first random entrance ticket to a chaos dungeon. You can only access it by invitation via the tickets you will randomly obtain from time to time in the Chaos Dungeons.

The Cube is an interesting source of money on Lost Ark.

The Cube is manufactured up of amounts, much just like the tower. The more you advance during the amounts, the more fascinating the last reward is. You'll endure a random buff and debuff at just about every level. The reward will be set through the rarity of the ultimate chest—bronze, Silver, Gold, etc.

Again, this is not a repeatable source of gold or silver, but you can do the Cube with your alts (secondary character) and your hand.

Adventures on the islands of Lost Ark

If you're used to using your special navigation compass, you must have come across its limited special adventures every day. By completing these adventures, you will have a chance to get gold. The amount varies depending on your efficiency but also on your iLvL. So be careful not to expect a specific amount when you go there!

Via HL, Raid, and Guild vs. Guild PvP content

These activities are mentioned here, but concretely, these different sources of gold and silver are to be counted as bonuses more than a regular source. Indeed, depending on your level of play, the rewards of HL activities will potentially be remunerative in gold and silver. For example, Guild vs. Guild PvP provides weekly gold rewards for guilds with the best performance for the week.

By reselling your resources to the Auction House

All of the activities listed above allow you to obtain gold directly and indirectly via resources and objects. All of this is usually resalable at the Auction House for cash. Therefore, if it is possible to spend a lot of money there, it is also a place where you can earn a lot if you think of selling the fruit of your farming.

So much for our guide explaining how to earn gold and money quickly and regularly in the MMORPG Lost Ark . You can find all our guides to get started in Lost Ark and all the news of the game on Gamosaurus.

Related: Lost Ark Guide: How Powerpass Works and How to Use It for Alts.

MyCareer is an indie basketball match that deserves its own unique

Just before 2K can make a enjoyable along with engaging MyCareer standalone gaming, it requires to realise what makes the ongoing MyCareer campaign stop working

If you are a new player and have no idea how to level up and gain XP quickly, this guide will give you all the necessary information to level up faster in NBA 2K23.